Conclusion. Is glorifying God (and enjoying Him forever) the only end for which God created man or did He have other ends in mind as well?

I mentioned in the introduction to the previous blog, “Behold His Glory,” that I had begun that study (which led in turn to this one) in response to questions a man in our church asked me after a Sunday School class was finished one day. If I understood his questions correctly, when they were “boiled down,” most of them had to do with whether God manifested His glory for no other purpose than to give Himself the credit He is due (with the understanding that He had every right to do that) or whether He had other purposes in mind as well. He asked the same sort of questions about the responsibility God has given people to glorify Him. Again, his basic question was whether glorifying Him is the only end for which mankind was created. I think he asked his questions because to see glorifying God as His only purpose would seem to be inconsistent with His character as it is revealed elsewhere in Scripture.  From Genesis 1:1 to Revelation 22:21, He portrays Himself as a giving God. He wishes to have a relationship with His people. (I traced that theme through the Bible in my first blog, “Immanuel, God With Us.”) Therefore, as we conclude this study I would like to address the question which originally prompted my writing this paper: Is glorifying God (and enjoying Him forever) not only the chief end of man but the only end for which God created man or did He have other ends in view as well?

In order to answer the intention of this question adequately we think I should distinguish between the character of the “chief end” God had in view and other “ends” associated with the chief end. To use a human example, suppose Susan’s “chief end” is to win the gold medal in figure skating in the Olympics. Steps necessary to achieve her chief end might include hours of practice, listening to her coach, and winning lesser competitions. She might call these “intermediate ends.” Furthermore, having achieved her chief end, she might be given the opportunity to endorse various products for additional income or speak at certain events to motivate younger athletes. He might call these “resultant ends.” Susan may or may not have foreseen various steps she would have to take or results that occurred because she achieved her chief end. They just happened. That being the case, they should not be viewed as “ends,” for they were not the goals toward which Susan was intentionally working. With God, there are no unforeseen steps or consequences. He is omniscient. So, in His case we could call the steps necessary to achieve the chief end “intermediate ends,” and we could call the activities that resulted from achieving His chief end “resultant ends.” However, in an attempt to avoid missing the centrality of the “chief end” God had, I will call the former “intended steps” and the latter “intended consequences.”  With that in mind I would like to change the question above to read, “What other intended purposes did God have in mind as He ordained that the chief end of man would be to glorify Him and enjoy Him forever?

First, we will look at “intended steps” necessary to accomplish His chief end. As we saw in the Introduction to this paper, glorifying God means giving Him the credit He is due, responding appropriately to the manifestation of His attributes. That step is both crucial and enormous.  In chapter 2, we saw that God performed various actions to manifest His attributes, which was a step toward achieving His chief end. Those deeds manifested His power in the Exodus, His holiness in the Achan episode, His faithfulness in sending the Messiah, His power, compassion, mercy, and love in the miracles of Jesus and the Apostles, and His love, grace and sovereignty in converting Paul and Gentiles. In chapter 3, we saw that God moved His people to respond appropriately to those manifestations, that is, to glorify Him. That moving of His people was another step. It included enabling people to recognize Jesus as the Messiah, helping Paul to see something of God’s plan for saving Gentiles as well as Jews, enabling Paul to see His wisdom in saving the “foremost of sinners,” revealing to John some of the wonderful aspects of our salvation, and causing His people to long for Him to be glorified.

Now we will examine the matter of “intended consequences.” In chapter 1 we looked at 1 Samuel 2:30-34. I would like to note part of verse 30 for a different purpose. It reads, “Far be it from me, for those who honor me I will honor, and those who despise me shall be lightly esteemed.” (1 Samuel 2:30, ESV) Both uses of “honor” translated the Hebrew word “glorify.” Because of the contrasting elements of the verse, to honor or glorify is the opposite of “despise” or “lightly esteem.” An intended consequence for those who honor, glorify God is that God will honor, glorify, or highly esteem them.

A similar example of “intended consequences” may be found in Isaiah 48, which we also looked at in chapter 1. As God looked at Israel’s disobedience He said, ““For my name’s sake I defer my anger; for the sake of my praise I restrain it for you, that I may not cut you off. Behold, I have refined you, but not as silver; I have tried you in the furnace of affliction. For my own sake, for my own sake, I do it, for how should my name be profaned? My glory I will not give to another.” (Isaiah 48:9–11, ESV) Clearly, God’s chief end in this passage was His being glorified (by being obeyed and honored), but if we read further in this same context we see an intended consequence that they would have enjoyed if they had glorified Him [by obeying Him]. “Oh that you had paid attention to my commandments! Then your peace would have been like a river, and your righteousness like the waves of the sea; your offspring would have been like the sand, and your descendants like its grains; their name would never be cut off or destroyed from before me.”” (Isaiah 48:18–19, ESV) Blessing does come to God’s people as they glorify Him. One day when all of creation glorifies God as He deserves to be glorified, the world will be as it was designed to be originally.

Consider the fact that today God has given us the amazing privilege of willingly and joyfully living in such a way that our lives can constitute steps that lead to accomplishing the chief end for which God created man (and everything else)! We have been called to glorify God by helping others see the greatness, majesty, holiness, justice, faithfulness, truthfulness, love, grace, mercy, power, wisdom, knowledge, sovereignty of the mighty Creator God of the universe who is also our Father because of the work of Christ! Furthermore, we can do that every day in ways such as by receiving answers to prayer, by praising Him, by reflecting His character in our lives, by growing in love, by using our spiritual gifts to honor Him, by living in harmony with one another, by using our wealth to honor Him, or by suffering for Christ, to name only the few ways listed earlier. In other words, “So, whether you eat or drink, or whatever you do, [you can, and should,] do all to the glory of God.” (1 Corinthians 10:31, ESV) What an awesome responsibility and privilege. How can we even begin to fulfill it? The only way is to remember that “it is God who works in you, both to will and to work for his good pleasure.” (Philippians 2:13, ESV) 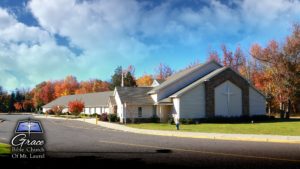 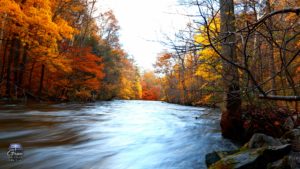 Background featuring river in the fall

Background of a Beach with scripture 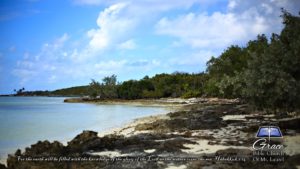